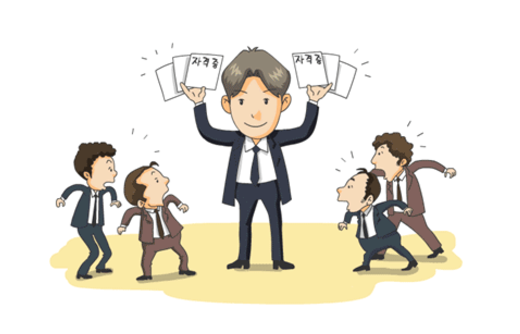 스펙 : The proof of various abilities which job seekers have

‘스펙’ is from the English word ‘spec’ which is the contraction of ‘specification’, and it means the characteristic, function or performance of a certain product.  By the way, we began to use the word ‘스펙’ as the meaning of ‘취업을 위해 갖추고 있는 능력 (ability which is needed for finding a job), by comparing the job seekers to the products as if they are the products sold to the company.  We often say ‘스펙이 좋다/나쁘다 (spec is good/bad)’or ‘스펙을 쌓다 (build a spec)’, and we use it for anything needed for finding a job such as in ‘스펙 관리 (spec management)’, ‘외모 스펙 (appearance spec)’ and ‘합격 스펙 (pass spec)’.

Lately, the word ‘스펙’ earned a negative meaning as people use ‘스펙’ for almost everything which would help with finding a job such as school ties, regionalism, blood ties and even appearance which does not have anything to do with ability or skill.

Feel Free to Share with Your Family and Friends:

“I have been studying with Suebeet for the past several months now and it has been exactly what I was looking for. I only spoke Korean for the first few years of my life but gradually forgot quite a bit as the years went on. Then I took a trip to Korea this past spring and realized I wanted to improve my skills, both speaking and reading/writing. I realized that I would only have gotten so far trying to do things on my own (and probably would have rapidly lost motivation doing it solo), so I’m very glad I was able to find her as my teacher. The lessons are challenging but enjoyable. I do a good amount of homework during the week, then we meet once or twice a week over Skype to go over the homework, as well as to receive additional instruction. The homework ranges from textbook learning (vocab, grammar, reading comprehension, etc), to watching korean dramas/tv shows and writing up summaries that we discuss. The lessons are very flexible and she tailors them to what your needs are. My work schedule is somewhat erratic and she always works around them. She is very friendly and approachable, and has deep knowledge of the Korean language and is able to make things very relatable and easy to understand. I have realized quickly that I have so much to learn, but have already seen improvements and feel more confident in my vocabulary, as well as my speaking abilities. I look forward to continue learning and thank you!” – Jonathan P.